Throughout the Great War, The War Illustrated provided its readership with a written and visual account of the War’s events as they unfolded week-by-week. The magazine relied predominantly, and increasingly, upon photographs. However, its most lasting legacy were its illustrations. These were produced by a coterie of war illustrators. Stanley Wood was one of the most prolific of these artists; with a distinctive style. I would argue that he was particularly good at conveying the drama through the horses in his images. His horses are always very expressive.

The front page of the 1916 Christmas edition was no exception. I have recently noticed this image appearing more regularly, and I felt it might be interesting to say something about it, and to explore why (in a purely practical sense) it may have endured. Of course the first point is what it shows, and when it was published. Here is what I said about this in Soldiers and their Horses:

“It depicted a trooper smiling kindly, even a little indulgently, as he shared his precious ‘Christmas Box’ with his horse. This scene may not have had the glamour of a cavalry engagement, but it did offer consolation at a time of year when separation from loved ones was felt all the more keenly.”

The second point of note is its replication. Sharing Rations initially appeared as a front page image at a prominent time of the year. It was then reproduced as a postcard, and as a poster. It was possible to buy these images, and to keep them. To purchase the image as a print (often by ordering it through the publication in which it appeared) that could then be framed and displayed at home. An inexpensive form of home decoration! This poster format is how Sharing Rations is most often seen today.

Postcards, in the days before the telephone, were a popular way of keeping in touch. Not only sent when on holiday, they were used rather like a text or email today. A quick line to just say “hello”, to make arrangements, or to pass on news. Postcards were inexpensive. They were also decorative – and above all small! Items that were easy to re-purpose as a bookmark, put into an album, slot into a diary, or just store somewhere safe. Perhaps this is another very practical reason for the survival of some of these more popular images of the soldier-horse relationship?

Want to find out more about how the soldier-horse relationship was portrayed? Find out more in Soldiers and their Horses: Sense, Sentimentality and the Soldier-Horse Relationship in The Great War, Routledge, 2020.

Last week, I talked about recruits and how they were trained to work with horses. So, following on from that I’m sharing a couple of pages from my copy of The Field Service Pocket Book from 1914. I mentioned that soldiers were given some information about some of the causes of lameness and illness in horses, and what to do when they encountered them. You can (hopefully) see examples of these here.

Section 33 (at the end of the two pages) is a stark reminder of the conditions soldiers and their horses encountered, and the demands war made of the soldier in the soldier-horse relationship.

Here’s an excerpt from a new piece I’ve recently written for The Horse Life. I really enjoyed writing it, and I hope you will enjoy it reading it too.

“For many recruits, horses were a terrifying prospect. In daily life, horses were gradually being replaced by machines and motors, and it could no longer be assumed that recruits would know anything at all about horses. The only option was to ensure they were swiftly trained. For new recruits, their education began with ‘Stables’ and the daily routines that would become central to their daily lives as horsed soldiers. They were taught the rudiments of horse care: grooming; mucking out; harness cleaning; issuing water, hay and feeds; harnessing and tacking up; and in handling their horses and vehicles safely and efficiently. They were taught about the vehicles and equipment they would be using, and how to properly load a pack animal. They were taught to ride. At every stage, the emphasis was on ensuring their horses were properly maintained, and little sympathy was wasted on the ‘duffer or malingerer’.”

To find out more, please find the full article by following the link:

Find out about recruiting, training, and much, much more in Soldiers and their Horses! Now available for download:

After weeks of proof checking. Having learned the mysterious art of indexing. Not to mention, writing it in the first place! Soldiers and their Horses is here. Tomorrow is the BIG day. Please spread the word!

This is a fantastic blog post warning of the perils that lie in wait for the unwary historian. Indeed, we could argue that The Great War was being mythologised even as it was happening. This is just such an example, and beautifully illustrates how events become history, and how history transforms over time. Especially in memory and in the public consciousness.

The image above is frequently circulated on social media, usually accompanied with a caption such as ‘1916 – soldiers pay tribute to the horses who died in the Great War’ which, whilst a lovely idea, is a bit of duff history I’m afraid. I’m fed up of seeing it do the rounds, so thought I’d explain a little about the real story behind the photo…

The photo is actually part of a series of shots taken by Michigan photographer, Almeron Newman. Newman was born in Portland in 1875 and began professionally taking photos in 1899. By 1918 he was living in New Mexico, where he registered for the draft for the First World War. Newman had developed a reputation as a specialist in panoramic and forced perspective photography, which suited the fashion at the time for ‘living photography’ – the technique of using people to create scenes and objects. In…

The soldier-horse relationship was nurtured by The British Army because it made the soldier and his horse into an effective fighting unit. Soldiers and their Horses explores a complex relationship forged between horses and humans in extreme conditions. As both a social history of Britain in the early twentieth century and a history of the British Army, Soldiers and their Horses reconciles the hard pragmatism of war with the imaginative and emotional. By carefully overlapping the civilian and the military, by juxtaposing “sense” and “sentimentality,” and by considering institutional policy alongside individual experience, the soldier and his horse are re-instated as co-participators in The Great War. Soldiers and their Horses provides a valuable contribution to current thinking about the role of horses in history. 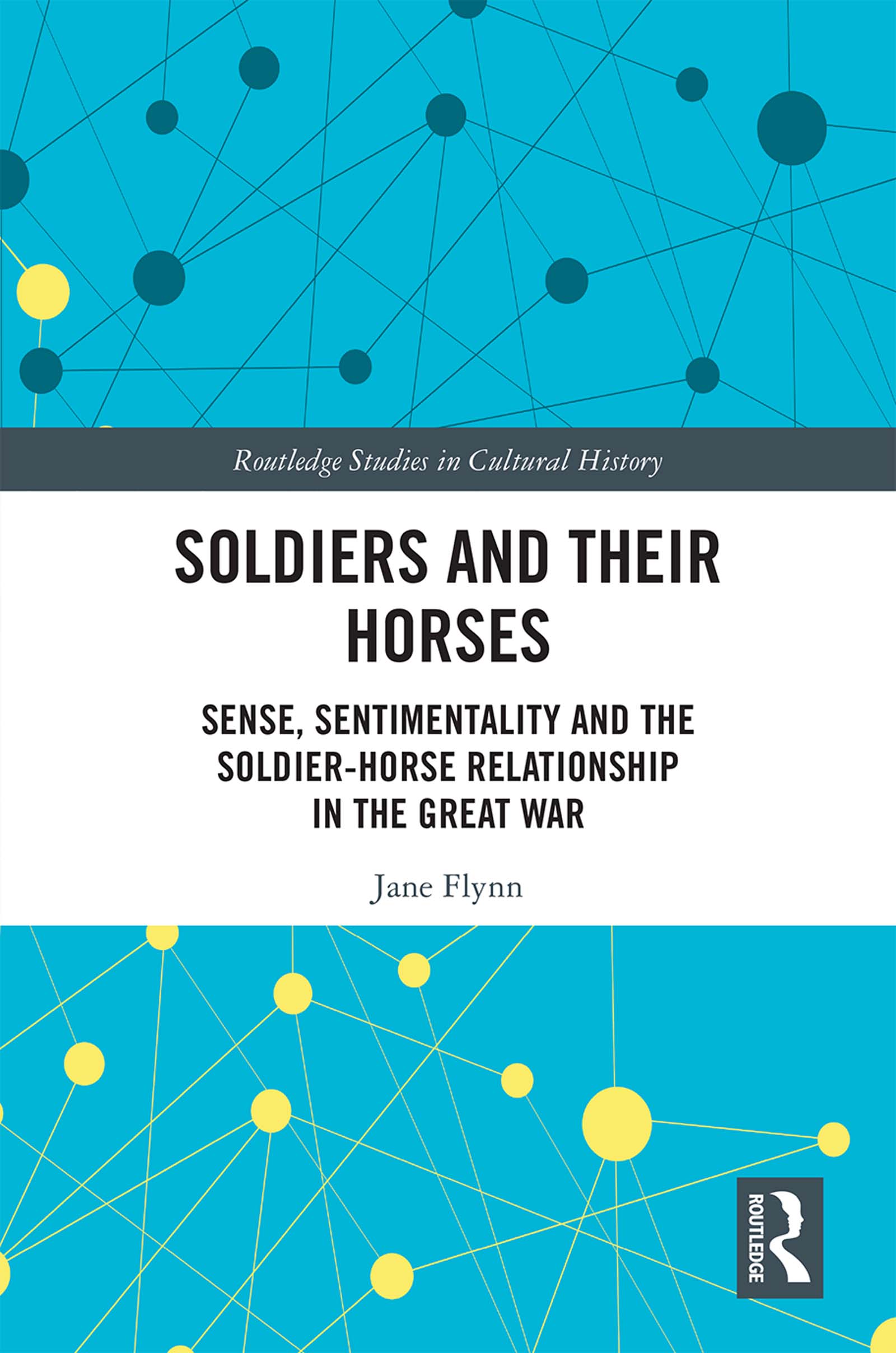